Here is the storyboard i promised last week - been really busy with work commitments and family functions but better late than never. 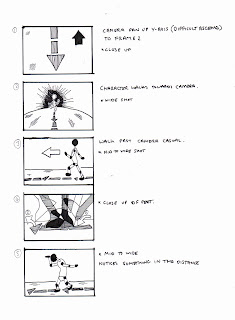 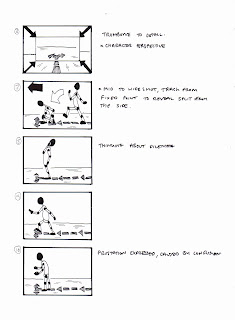 Also, due to the high schedule of workshops in such a short space of time (and a 2 and half hour commute each way) this has also dented my animating time, however, i have a quick playblast to show you to prove i have been doing something! This is slightly after the Storytelling pose phase as i have been experimenting with the live action reference material for structure. I have been putting footsteps to the top of priority as they tend to separate the time between the action.

Next week is more relaxed in terms of lectures and workshops (meaning more time to work on the animating!) so expect more frequent posts on the stuff i've been looking at (that i have not had time to post) and hopefully some significant progression on the above playblast.