I've been working on the scenes yet again, making a few adjustments (for the better) and though it's been eating away at the animating time, i feel it was worth it. 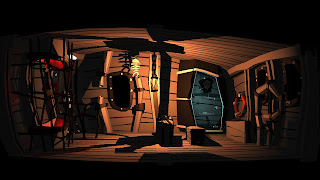 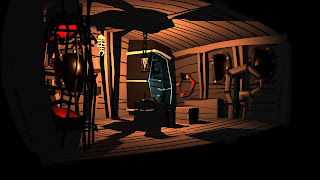 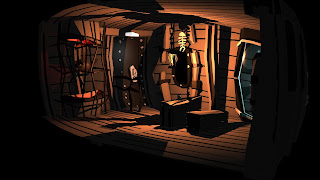 In the cabin scene i have moved the window between the pipe work and moved the lifebelt into the windows previous place. The lifebelt i feel is better placed and sits within the scene more naturally. The window now gives the pipes bend some more context and narratively gives more constructive objective. I've made the windows have the open space with a pane of glass over. I have also added glass over the divers suit enclosure. The metal objects have also been applied with a blinn material which has vastly improved the tonal range of the scene.

In the diner i have also added blinn materials to the metal objects, again improving the tonal range. The scene previously felt too cold with the blue/white light combination needed to be balanced out. I have added a red light exterior, which filters into the scene. I have tried to keep this muted so it keeps the audiences focus within the scene. I have added a small hint of a red ambient which has improved the intensity of the scene, improving the sense of fear. 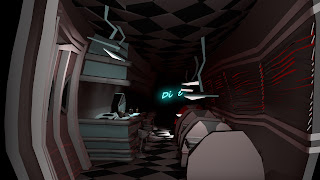 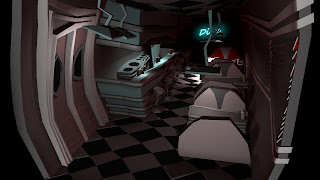 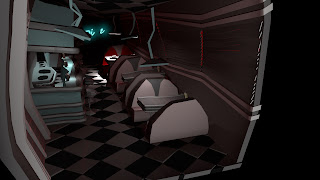 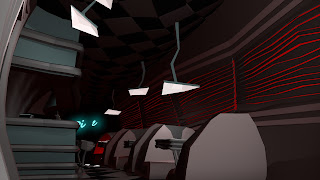 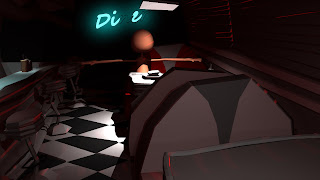 This scene shows how the character will look in the shot being lit by the elements already in the scene. Below is the rig set up that has been produced using HumanIK. Which hopefully will be skinned properly by tomorrow evening, and then ready to animate over the weekend. 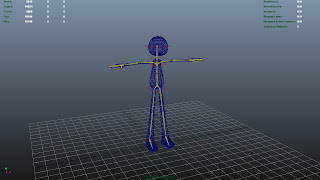