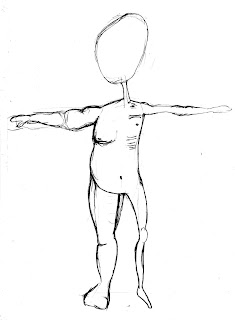 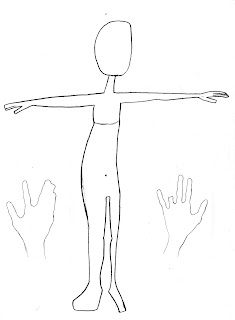 The initial designs was aiming for that uncertainty within the design. Having started to model it became apparent that an overly defined character was not going to work and would clash against the aesthetic already established. I then started to refine the character to a simpler form. 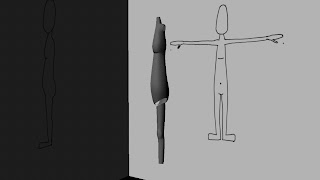 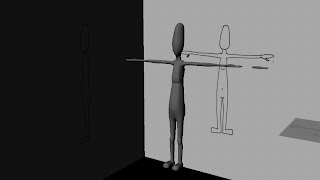 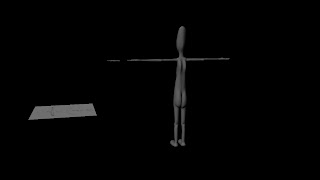 The asymmetrical model still looked uncomfortable and unpleasing so i reverted back to the symmetrical process. It was also highlight by my supervisor that the odd model could potentially interfere with the silhouetting during the animation. I was keen to avoid just making another moom character. So i had added some definition and a different shaped head, but again these were unappealing and the two styles clashed together, rather than blending cohesively to produce the uncertainty.

At this point i went back to Tom Bancrofts book on character design and played about with basic shapes and proportions. 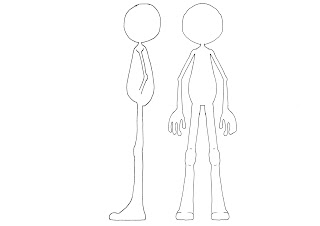 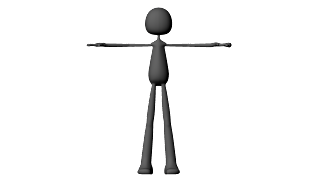 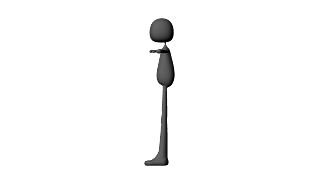 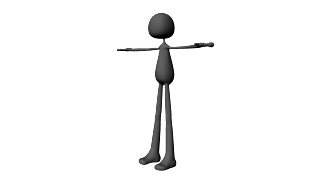 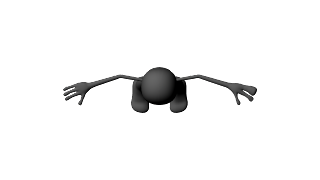 This is the end result. The hands differ just to add a bit more character without being overly suggestive on personality. I think the humanoid and cartoon style hands say more about his environment and situation than personality. The legs are a little large for some objects in the environments but they will be easily fixed. 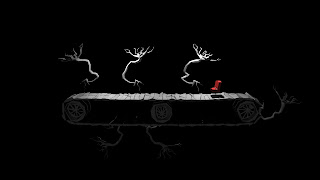 I was to start shading the scene when i decided to just have a quick go with some lights to see how the atmosphere should look and to mu surprise the default shader produced some nice results. Although i need to apply a slightly darker lambert to differentiate between objects, i am pleased with the result, and i am now due to experiment with the other scene and adding small amounts of colour between the monochrome. In this example i added a red shader to the seat. This was for test reasons. It does not look like a car seat (more a cinema/theatre which could be interesting given the scenes movement is to reflect such an environment) but as a car seat will be colour appropriately. Updates to follow.